Many tech startups experience rapid growth. This means they have to scale, develop many new features quickly, and find the best talent to grow significantly. Whether your team is already big or still small, let’s see how Qovery can help you manage the scale-up with the Preview environments! 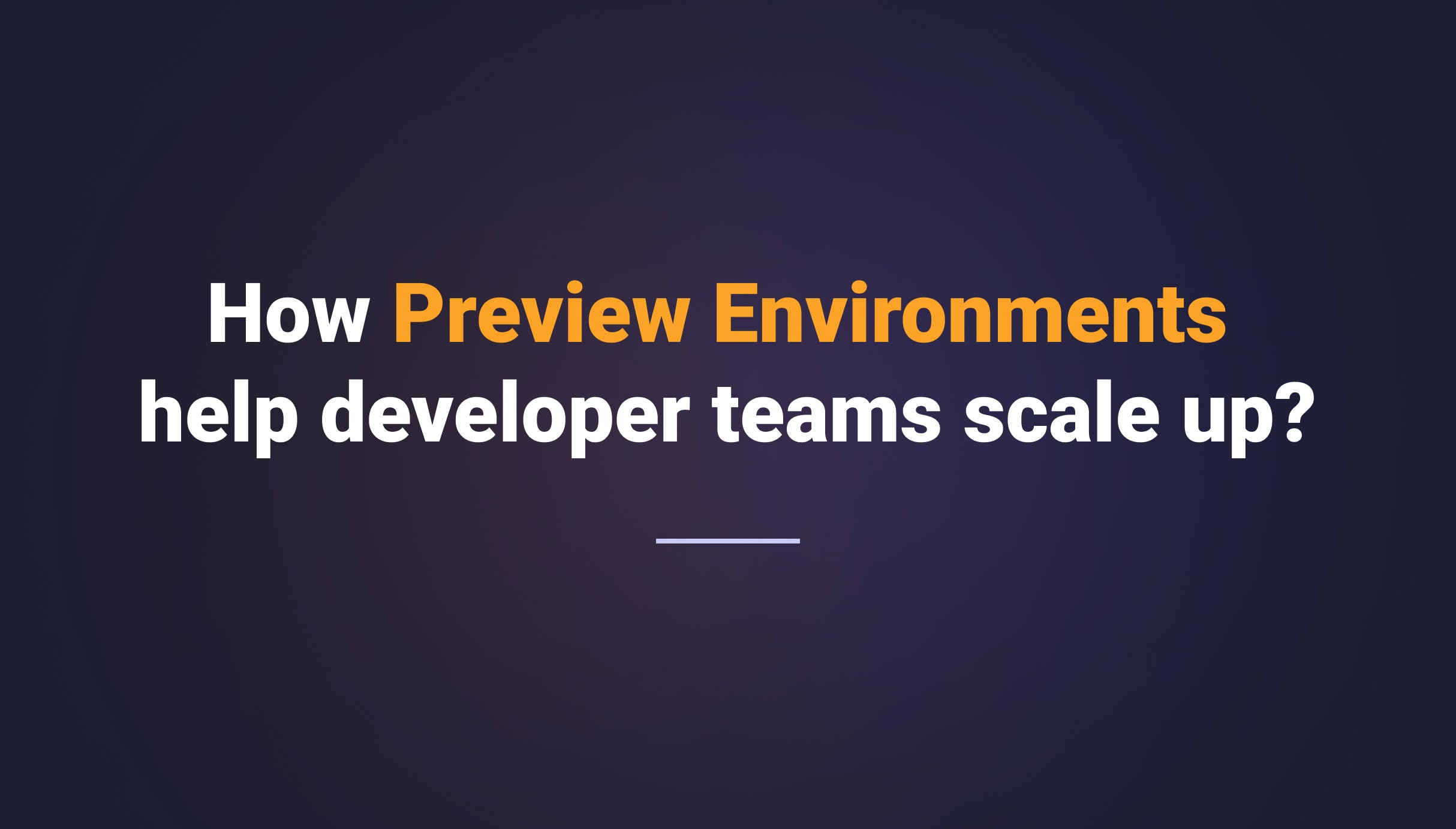 What is a Preview Environment?

If you want to know every detail, you can check out the documentation and even watch a demo here.

What are the benefits of preview environments for a growing team?

Some of the major benefits of Preview Environments are:

Replicating a production environment containing complex configuration, infrastructure components like load balancers, Kubernetes cluster, firewall, etc., takes a considerable amount of time and can lead to errors. Also, while staging is a replica of production, still, data, infrastructure, and configuration will be slightly different. Having the ability to automate environments by using the Preview Environments can give your distributed teams the ability to spin up and decommission the environments as needed, accelerating time to market.

Preview Environments improve your overall development speed. As you can quickly spin up new environments for each pull request, testing can be performed in isolation without interfering with other environments, and can quickly roll out your releases.

First, you will save valuable time spent on the manual setup of the environment. Then, as the environments are ephemerals, that means they can be created or deleted automatically for as long as you’re going to use them That way, you can achieve not only scalability but improved cost control.

If you want to know more about the best use cases for Preview Environments, here is a great article for you!

From Start-up to Scale-up

To give you a real-life example, a few months ago, the CTO of this growing company (freshly acquired by a billion-dollar company) contacted Romaric, our CEO; he was concerned about the ability of his team to deliver what they committed to for the current year. His main issue was 15 engineers working in the same development environment. Can you imagine developing on the same workstation? Things will worsen as they plan to quadruple their engineering team size in the next 18 months.

Before, the 15 developers were using a shared development environment. They struggled to release fixes and new features at the same time. The product managers in charge of the QA could not confidently validate every change. The CTO discovered our Preview Environments feature on Reddit and decided to contact us to see how it could improve their development workflow.

If you want to learn all the details of this success story, here is the full article.

Several growing tech startups, such as Tint.ai, Elevo, Semper, or Creative Juice are already relying on Preview Environments to scale with their team; like Nicolas Moschopoulos, software engineer at Creative Juice (a banking and financing product for creators):

if you want more information about why are the main benefits of Qovery for them, here is the complete case study.

The perfect release flow for a growing startup

So you think that the Preview Environments feature is just right for you, but you might wonder, where do I start? What’s the perfect flow for me? Well, obviously, I wasn’t going to leave you in the dark, so here are 9 steps to show how Qovery Preview Environment works with a feature branching Git flow!

And if you are looking for a proper demo, this video will show you how to create a preview environment on Qovery:

Getting started with Preview Environments

Preview Environments can be helpful in a lot of cases:

Now is the time to try it out! In this step-by-step guide, you will learn how to get started using the Preview Environments on AWS with Qovery.

What is Environment as a Service (EaaS) and How is it Impacting Productivity?

Over the last few years, business needs for new applications and services have increased tremendously, resulting in a need to accelerate the application development process. Moreover, the process of development has changed radically. Development is fast-paced and needs continuous application updates, patching, enhancements, etc. These changes require development environments, quality assurance, continuous deployment, infrastructure, etc. That’s where EaaS comes in. EaaS (Environment as Service) offers environments in the form of service so that you can easily manage all your environments efficiently and quickly. EaaS eliminates the application environment bottlenecks and enables faster innovation at scale. An environment consists of infrastructure, software, code, configuration, and all the runtime libraries required to run your application in an isolated environment. - Read more 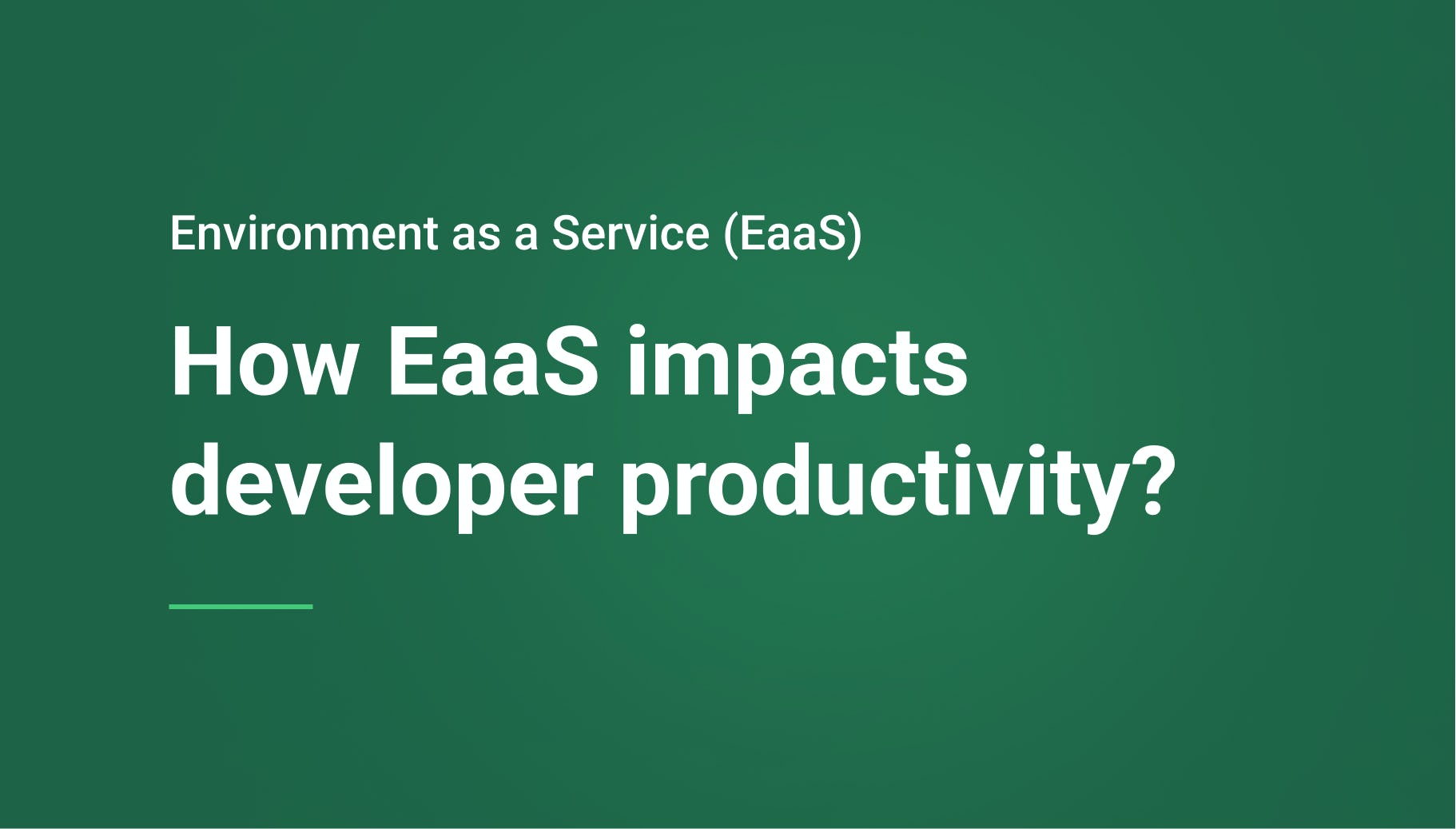 The Top 10 AWS Architecture Built with Qovery in 2022

We are in May 2022, and hundreds of startups have built their infrastructure on AWS using Qovery. This article will share the 10 best (and fancy) AWS architectures our customers have made. From the most classic architecture to the craziest 🤪 It can give you some ideas. Let's go 🚀 - Read more 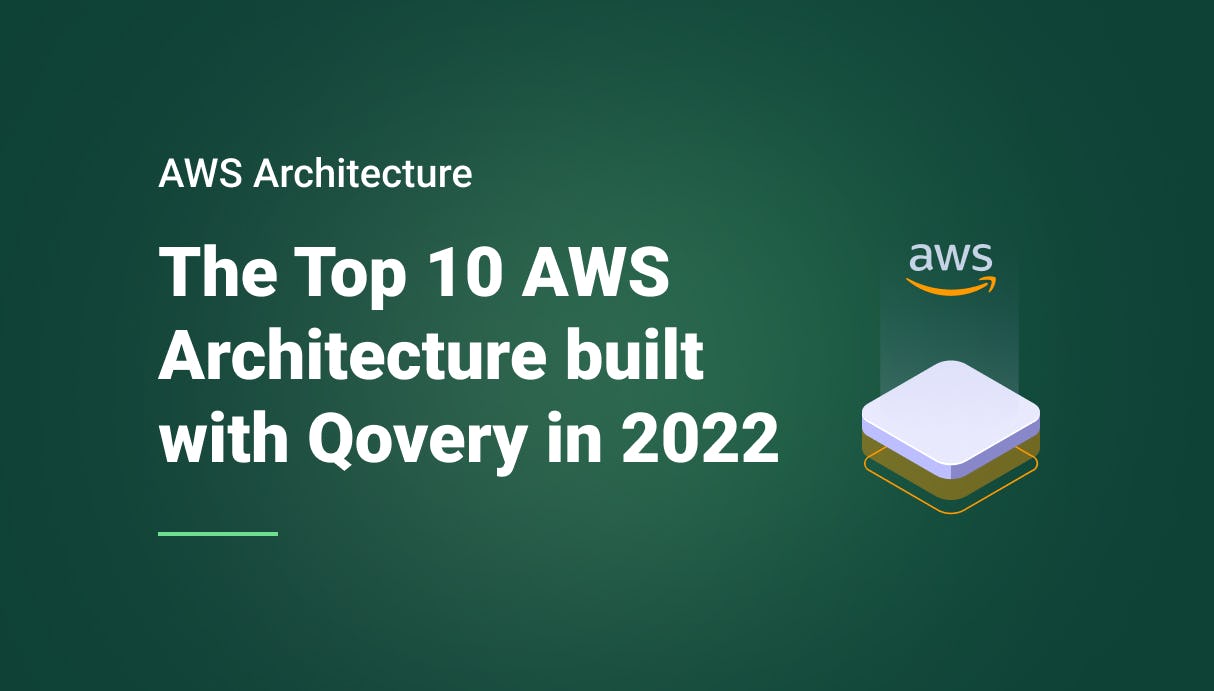 The Preview Environment feature is GA!

I am super excited to announce that our Preview Environment feature is GA (Globally Available) for everyone 🥳. - Read more 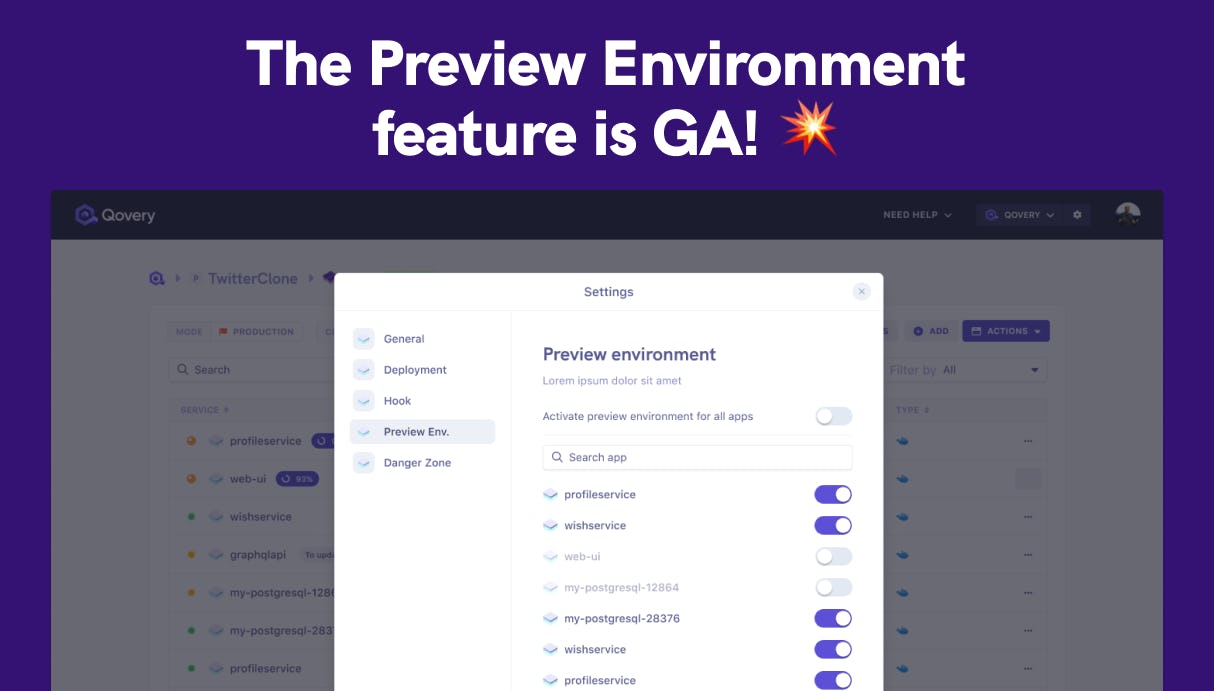