Rust is a programming language? Have you heard the question from your developer friends?

Well, Rust has broken into TIOBE Top 20 Most Popular Programming Languages. Briefly stated Rust is a direct competitor to C and C++ and at a lesser level competes with Java and C#.

There has been rapid adoption by open source projects by Mozilla, Polkadot, and Deno besides exciting system programming enterprise action from the likes of Google, AWS, Microsoft, Cloudflare, Dropbox, and many others. Let us explore more on this fascinating programming language, its advantages, and its growing popularity in today's emerging technology world. 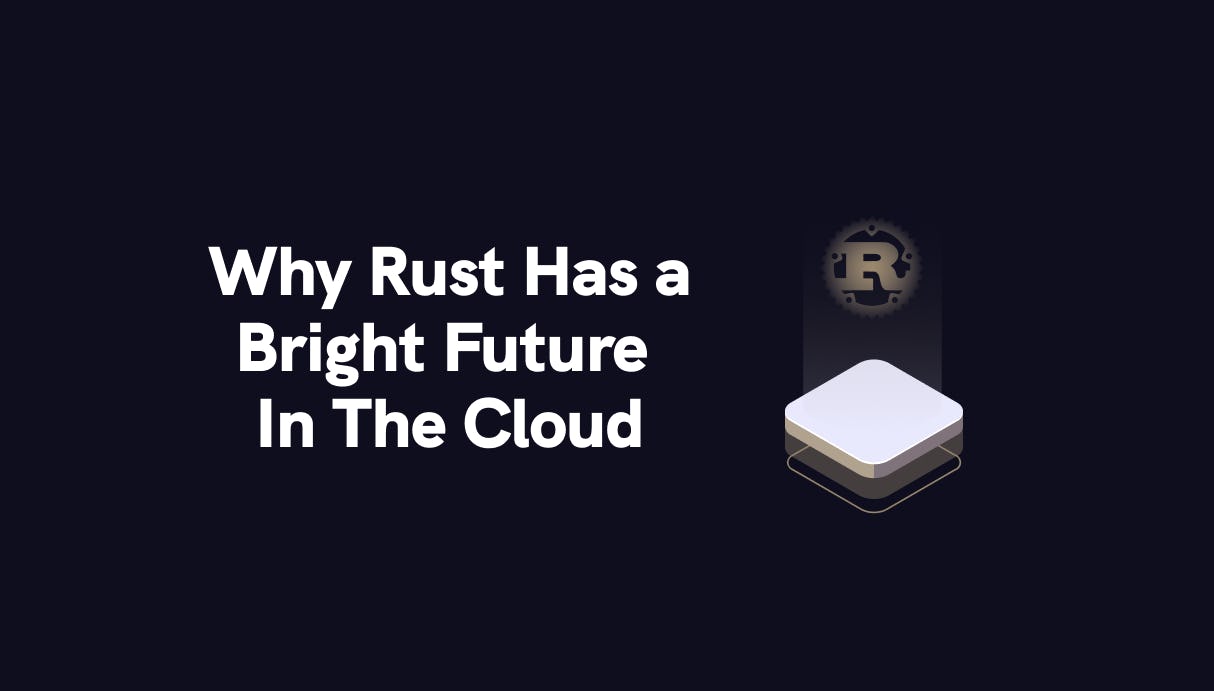 Traditional programming languages like C/C++ have been facing challenges with the build of concurrent programs and memory errors. Rust is good for performance. Network services sensitive to latency find that tail latencies are nearly nil while using Rust as there is no runtime garbage collection.

Java and C# became popular many years back as they were eliminating bugs related to memory safety. Their language runtimes like the Java Virtual Machine and .Net efficiently used Garbage Collection at runtime. But on the downside, it also led to runtime overhead, resulting in impact of application and inconsistent performance.

Microsoft agrees that Rust is the best alternative to C and C++ today. Rust is reliable due to its static compile-time garbage collector that prevents bugs that are usually accepted in C++, Java, and Python. It also improves developer productivity and has built-in documentation, unit, and integration testing.

How Rust helps to build a better Cloud infrastructure software

Organizations are rushing to gain advantages of cloud computing. Rust is gaining popularity and is making inroads into building software for better cloud infrastructure. There are a few reasons that are catapulting the adoption of Rust language for Cloud.

Some of the important reasons are as follows:

No matter how much investment software companies may put into tooling and training their developers, "C++, at its core, is not a safe language.

There are many similarities and differences between Rust, and C. Rust has syntax with brief keywords similar to C. The performance of a coding language depends on optimization, platform restrictions, and algorithmic complexity. The fundamental flaws of languages like C and C++ have not yet been fixed. Rust can be as fast as the C language. One can use convenient abstractions as well to write code like C.
Let's check out the property comparison between Rust, C, and C++.

As Rust does not require a runtime or garbage collector, it can deliver run time performance similar to C and C++ languages.

There is a need to build low-level infrastructure components that need high performance to reduce critical overhead in cloud computing. For example, we have the hypervisor that acts like a virtual machine manager that allows sharing a single physical instance of cloud resources between multiple tenants.

Rust is focused on security and safety without impacting speed and performance.

Newstack quotes "No matter how much investment software companies may put into tooling and training their developers, "C++, at its core, is not a safe language," said Ryan Levick, Microsoft cloud developer advocate, during the AllThingsOpen virtual conference last month, explaining, in a virtual talk, why Microsoft is gradually switching to Rust to build its infrastructure software, away from C/C++.

Cloud computing has always been in the limelight as a cost-effective and economical option for hosting applications. However, memory in cloud computing is an expensive affair, and that is an area where Rust language has provided good news.

Cloud computing is expensive on the memory side and is based on the CPU in GHz/s and the memory in Gb/s. Memory and speed cannot be adjusted separately. Both are linked together, and if you need more MHz, you will need more memory and vice versa.

Rust gives us the option of storing data on the heap or the stack. It takes a call at compile time if the memory is no longer needed and can be cleaned. This approach enables efficient usage of memory and is advantageous for cloud computing. It also provides higher performant memory access. Rust has a major advantage with its ability to offer a low memory footprint in this manner.

Another advantage provided by Rust is better memory safety due to the compiler. Rust being a low–level statically typed programming language, it has been developed with a focus on efficient memory management at the heart of its conception.

Rust has secure memory management too. The garbage collector (GC) in other languages is in place to ensure that unwanted items are removed from memory. Unfortunately, this slows the code's performance speed when it runs. Here is where the Rust compiler drives in the advantage of discarding the garbage collector and performs checks in compilation for any memory errors.

The borrow checker in Rust prevents data races at the time of compiling. Data races happen when two threads access the same memory at the same time. Rust contains these types of undefined behavior.

Unlike some other languages that seek memory that is not being used while the program is run, Rust manages through an ownership system. It includes a set of rules that are checked by the compiler.

Each value in Rust has a variable which is known as its owner. There can be only one owner at a time. Ownership is dropped when the variable goes out of scope, which means cleaning the memory allocated to a heap when the variable can no longer be accessed.

Unlike other languages, the ownership rules provide benefits like memory safety accompanied by more fine control over memory.

Rust compiler uses 'lifetimes' to keep track of the validity of references. A variable's "reference" is a pointer that points to a particular variable. You can use Lifetime annotations to inform the borrow checker on how long references will be valid. The borrow checker can infer correct lifetimes in many cases but may need the developer's help sometimes.

All these features help optimize memory management using Rust. This makes it a programming language of choice for the Cloud.

We see an increase in using Rust language by leading names like Google, AWS, Microsoft, Cloudflare, etc. A few examples include

Rust is gaining momentum with companies realizing its benefits for cloud computing. Dropbox used Rust to rewrite some of its core systems, while Mozilla used Rust to build the Firefox browser engine, demonstrating its robust benefits.

At Qovery, we believe in Rust's capabilities for building the future of the Cloud. Join our community of 500+ devs on Discord and get involved at the end of the Cloud.