The 10 Platform Engineering Tools To Use in 2022 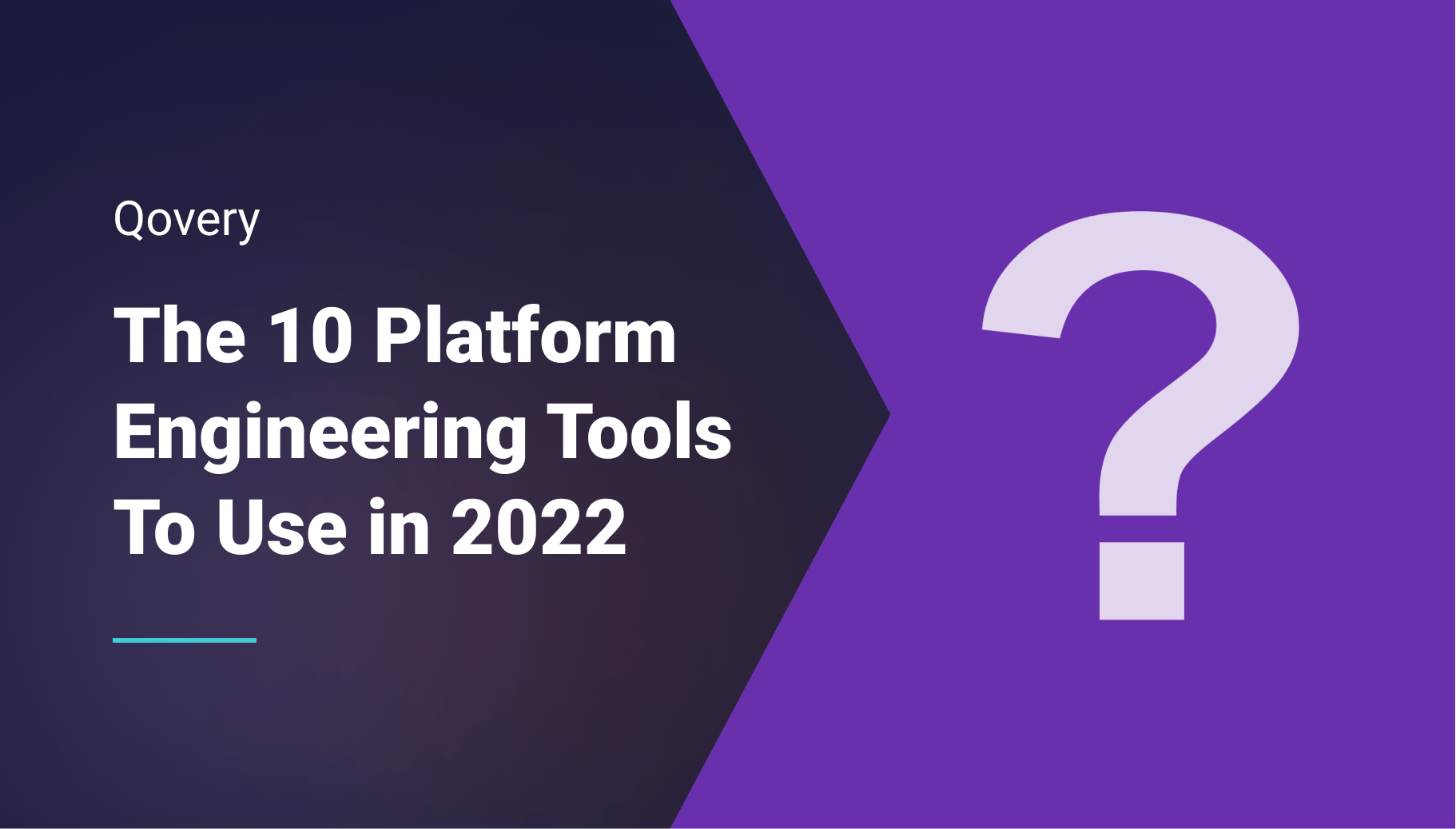 What is Platform Engineering?

Platform Engineering is the process of enabling software engineering teams so they can autonomously perform end-to-end operations of the application life cycle in a cloud environment. Platform Engineers develop an integrated product that provides self-service capabilities to developers. Whether it is infrastructure provisioning, code pipelines, monitoring, or container management, the self-service platform hides all these complexities and provides developers with all the necessities of the entire life cycle of the application. Platform Engineering is not just‌ necessary tooling but a combination of tools, workflows, and processes.

Among the best automation tools, Kubernetes is useful for applications package with many containers. Using it, developers can isolate and package container clusters so they can be deployed on several machines at the same time.

Using Kubernetes, you can create Docker containers automatically and assign them based on demands and scaling needs.

Good platforms are usually built on control planes, but building a control plane requires writing code and much code. With Crossplane, you can build a control plane tailored to your unique needs in days without writing tricky distributed systems code.

Using Crossplane, you can orchestrate everything, not just containers, extending the battle-hardened reliability and security of Kubernetes. Because Crossplane is built on the same foundation as Kubernetes, it integrates smoothly with the most popular cloud-native tools.

Replicating a production environment containing complex configuration and infrastructure components like load balancers, Kubernetes cluster, firewall, etc., takes considerable time and can lead to errors. Also, while staging is a replica of production, still, data, infrastructure, and configuration will be slightly different. The ability to automate environments using the Preview Environments can allow your distributed teams to spin up and decommission the environments as needed, accelerating time to market.

If you want to know how to get started, here is an article showing you how to create Preview Environments on AWS with Qovery.

Tool 4: Gitlab CI for your CI

GitLab CI/CD is a tool for software development using the continuous methodologies:

GitLab CI/CD automatically uses Auto DevOps to build, test, deploy, and monitor your applications. Catching bugs and errors early in the development cycle ensures that all code deployed to production complies with the code standards you established for your app.

In short, an Internal Developer Platform (IDP) is the collection of tech and tools used to pave golden paths for developers by a platform engineering team.

As a result of IDPs, engineering organizations require less cognitive load and can enable developer self-service without removing context from developers or making the underlying technologies inaccessible. An IDP that follows a Platform as a Product approach is built, maintained, and continuously improved by a platform team based on product management principles and best practices.

Another example of an Internal Developer Platform is here, but this time open-source; Backstage is an open platform for building developer portals. Powered by a centralized software catalog, Backstage restores orders to your microservices and infrastructure and enables your product teams to ship high-quality code quickly — without compromising autonomy.

It benefits Engineering Managers by allowing them to maintain standards and best practices across the organization. It can help them manage their whole tech ecosystem, from migrations to test certification. Developers, as it makes it fast and straightforward to build software components in a standardized way. It provides a central place to manage all projects and documentation. Platform engineers as it enables extensibility and scalability by letting them easily integrate new tools and services (via plugins), as well as extending the functionality of existing ones and everyone else as Backstage unifies all your infrastructure tooling, services, and documentation to create a streamlined development environment from end to end.

Tool 7: ArgoCD for your CD

Argo CD is a Kubernetes-native continuous deployment (CD) tool. With Argo CD, you can deploy updated code directly to Kubernetes resources rather than using external CD tools that only allow push-based deployments. In one system, developers can manage both infrastructure configuration and application updates.

Key features and capabilities of Argo CD include manual or automatic deployment of applications to a Kubernetes cluster, automatic synchronization of application state to the current version of the declarative configuration, a web user interface and command-line interface (CLI), role-based access control (RBAC) enabling multi-cluster management and much more.

Tool 8: Docker to Containerize your Application

Docker is an open-source platform that enables developers to build, test, deploy, run, update and manage applications in resource-independent environments. Each container has a complete runtime environment, including the specific application's libraries, source code, configurations, and dependencies.

Containerization and microservices are used extensively for Platform Engineering for efficient application development and deployment, while Docker and Kubernetes are the most widely used container technologies.

Terraform is an open-source infrastructure as a code software tool created by HashiCorp. Thousands of products provide Terraform plugins (called providers) to manage them. You describe in a file how you want to configure your software and how you want to connect them, and Terraform manages everything for you. It is not magic. Thanks to the big Terraform community for providing and maintaining all the Terraform Providers.

By using Terraform, you can create, modify, and improve your infrastructure without having to worry about manually provisioning or managing it. You can use AWS, Azure, Google Cloud, Kubernetes, OpenStack, and more. DNS records, monitoring systems, and custom providers can be managed with Terraform. It is easy to get started with and easy to use. Additionally, it is very powerful, enabling it to manage complex infrastructure quickly and efficiently.

Through its platform, Doppler serves as an encrypted source of truth for teams, allowing them to organize app secrets across projects and environments and roll back changes as needed. In Doppler, users can create references to frequently used secrets and receive alerts via Slack and Microsoft Teams when something changes.

It makes it the perfect tool for collaboration as after adding a secret, your team and their apps have it instantly, and it’s a precious time saver as you can automate the whole process by creating references to frequently used secrets in Doppler. When they need to change, you only need to update them once.

It isn't easy to pick a Platform Engineering tool best suited for your needs. Factors like cost, skillset, features, UI/UX, etc., play a decisive role in choosing the right tool for your business. The best choice is not to use just one tool. Instead, use a combination of tools suited to your needs.

At Qovery, we also use many Platform Engineering tools. These include the following:

Whether you are doing your first steps with Platform Engineering or you are an expert, we hope that you learned about some tools today, and if you have any other in mind, don’t hesitate to give us a shout or share it on the Forum so the rest of the community can enjoy it as well.

Platform Engineering: Explained, Benefits, and How to Get Started?

From DevOps to Platform Engineer: 6 Things You Should Consider

We are in 2022, Platform Engineering is a fast-emerging concept at the intersection of DevOps and SRE, where the goal is to make developers from organizations to be completely autonomous in provisioning new applications and environments. All of that without requiring one to be an infrastructure expert. In this article, I will explain what DevOps Engineers need to do to become proficient Platform Engineers. - Read more 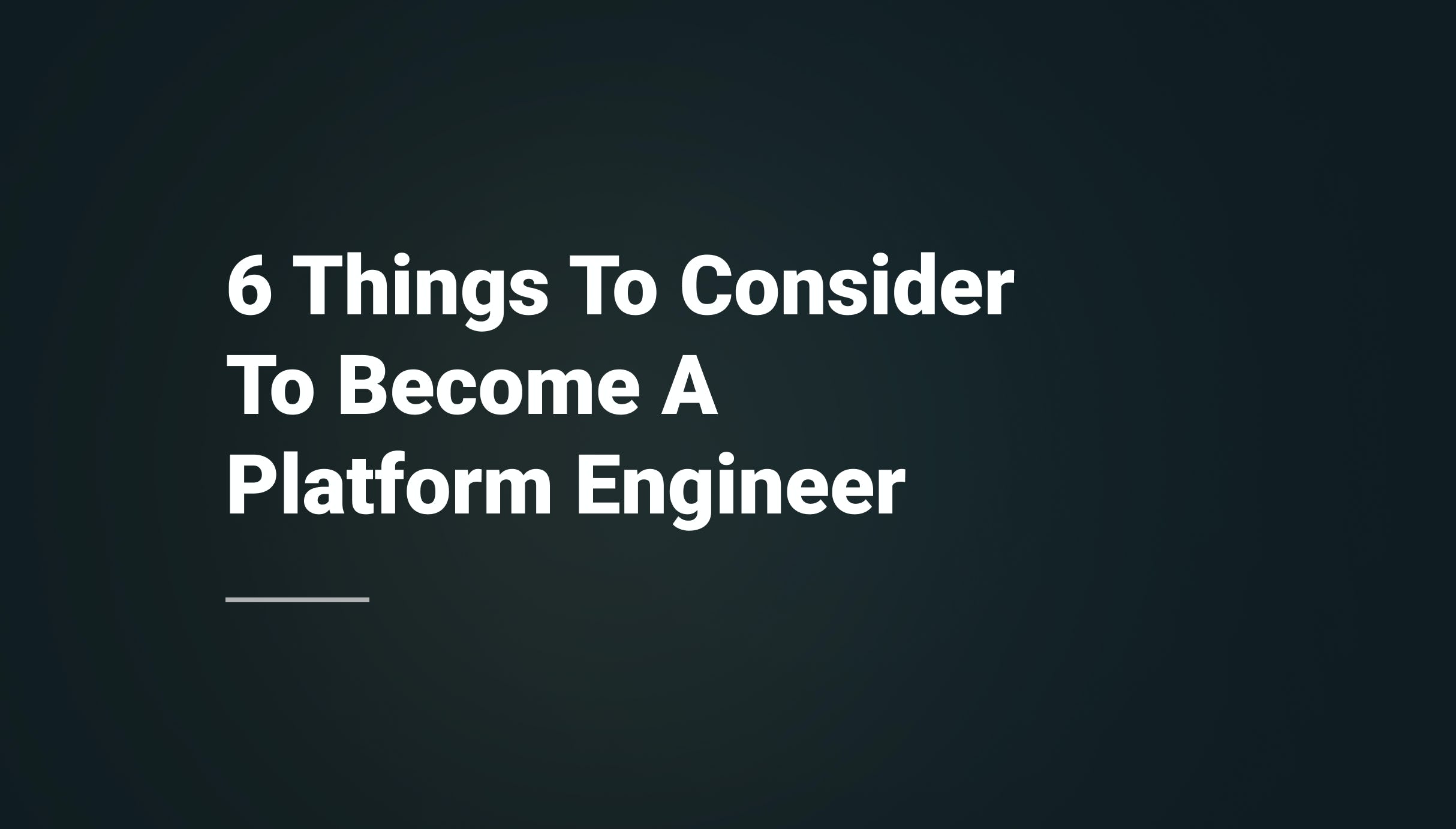