Scaling Your CI/CD: What You Need To Know

CI/CD is the process that ensures that code updates are deployed efficiently and reliably. However, more than simply having CI/CD pipelines is required for modern business application development needs. The problems start as soon as your team grows, but your CI/CD process does not. Static CI/CD pipelines result in an operational bottleneck and slow down your application workflow. Today, we will discuss why scaling your CI/CD is an inevitable need for your organization. We will go through the goals of a scaled CI/CD and how to achieve those goals. 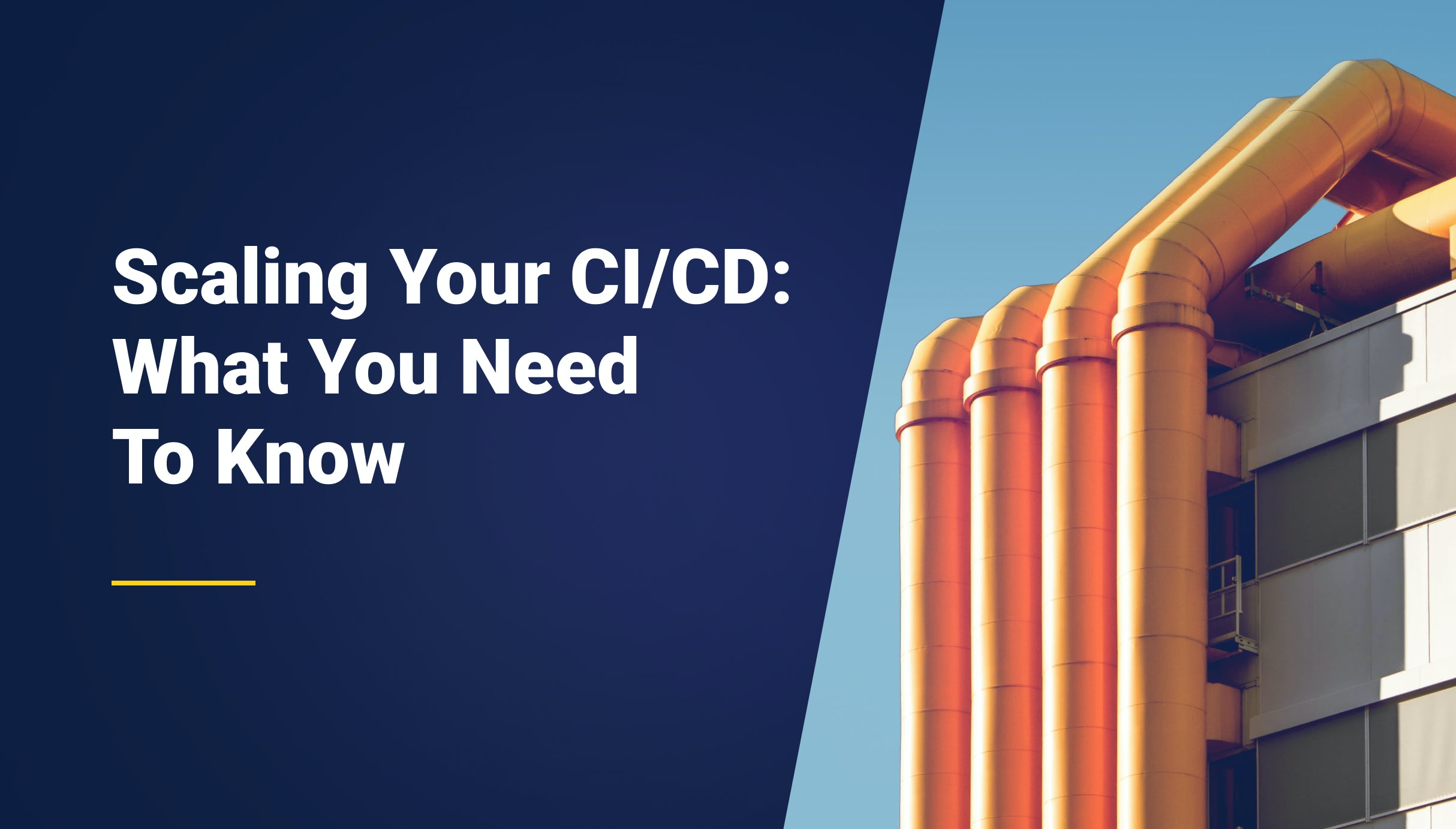 Why do you need to scale the CI/CD

In monorepo, you have one repository having multiple projects. A separate development team manages each project. Note that there is one common CI/CD process for the whole repository. That means every time there is a code commit in any project, the entire CI/CD pipeline will run from beginning to end, making the CI/CD process inefficient.

The slowness of the CI/CD process

Speed is one of the significant factors for any CI/CD process. If your CI server and deployment take half an hour to complete the process, and you have multiple teams where each team plans to deploy a few times a day, your CI/CD pipeline will indeed get choked. Developers must wait in the queue for CI/CD to become available. Some organizations limit the pipelines that can run at a given time, which looks fine, but organizations cannot deliver the rapid releases that modern businesses need.

Setting up a new pipeline is complex

A single CI server can be a point of failure

In microservices-based application deployments, the CI server is the pivotal point for a smooth workflow of the releases. As mentioned earlier, microservices trigger the CI server rapidly. It is common for a CI server to get choked because of too many requests. You can vertically scale the CI server, which will temporarily resolve the issue, but eventually, you will need to create multiple CI servers with separate responsibilities. Even a monolith but growing application can choke your CI server at the end of the sprint when there are too many code changes at the last minute, and deployments are coming from different developers every 30 minutes.

Goals of a scaled CI/CD process

When you scale your CI/CD, the following goals must be met, which will help us take advantage of all the benefits of a scaled CI/CD.

Must produce a reliable and stable application release

Reliability is one of the core pillars of any scaled CI/CD. Your pipeline should be stable and produce the same efficiency level regardless of which team is triggering the pipeline. Whether the team grows or a new technology stack is added, the pipeline should be able to handle that smoothly. There should not be any intermittent failures in the pipeline. The “Sometimes it does not work” phenomenon will certainly not do. In a nutshell, every change to the application must result in a stable and releasable version of your product without exception.

Developers should be able to focus on code, not operations.

The trait of a scaled CI/CD is that developers do not need to spend time on CI/CD-related tasks. If developers have to troubleshoot for a missing secret or a misconfigured database, that is a sign of an inefficient CI/CD. A scaled pipeline will allow developers to focus solely on the code they are writing instead of indulging in the operational tasks related to CI/CD. The self-service portals are one of the ways to achieve developers’ autonomy while keeping them away from operational tasks.

Code Quality checks must be built in

Scaling your CI/CD process results in immense benefits, including:

When your CI/CD is scaled through automation, you can catch the bugs early in the development process. You can release the fixes more frequently without worrying about the time taken by CI/CD. The automation integration tests are a vital checkpoint for your build’s health. You can safely move your code to the next stages without any risk. Automated pipelines make it easier to roll back the changes if needed.

When you scale your CI/CD process through automation tests, automated deliveries, and automated rollback, you reduce the manual effort involved in the process. Manual efforts waste much time and are prone to errors. Automating most of your CI/CD process will save time which can be utilized in valuable activities like fixing production bugs.

To remain competitive in the market, you need to evolve your processes as the requirements change. One benefit of scaled CI/CD is that it allows you to try innovations and new ideas without risking product quality. You can experiment more often because your CI/CD process is scalable and automated. Scaling your CI/CD is a sure way of getting a competitive advantage for your product.

Maximize the productivity of your developers

When your CI/CD processes are scaled, your developers can focus on business requirements and monitor the product’s behavior. They can self-service any product deployment on their own without relying on the operations team. The self-service capability also allows them to try innovative solutions for the product. This sense of autonomy and self-reliance results in a much-refined product.

The key steps to scaling your CI/CD

Although the exact steps to scale your CI/CD vary from organization to organization. The specific needs and pain points of a business derive the exact solution for scaled CI/CD. However, below are some general steps that can be taken to scale your overall CI/CD process.

Pipeline as code is the process of defining your deployment pipelines through code. The code defines the specific stages and the order in which a pipeline needs to run. Pipeline as code allows you to maintain a tracked version history of all the changes made to the pipelines. You can easily track the changes in pipelines, revert the changes, and debug as well. The code for the pipeline implementation resides in the same repository as the application code, which allows centralized access to code for all the teams. The shared code repository also facilitates fast collaboration between different team members. Pipeline as code is a major milestone if you want to scale your CI/CD pipelines.

Add automation test to your pipelines

Automation tests are an integral part of every scaled CI/CD pipeline. After the CI server compiles the build, the automation test suite is triggered for the new build. Automation tests run various checks to confirm whether the build can be promoted to the next stage, i.e., deploy to UAT. These tests verify the application's business functionality, external integrations, sanity, and regression.

Add resilience to your pipelines

Imagine what will happen if a CD pipeline breaks down during a major release process for a big customer. You need to ensure that your pipelines are highly available. High availability is the resilience of pipelines to withstand any workload or failure. Note that a failure at any stage in CI/CD process must be resumed from the same last status instead of starting from scratch. You will need to utilize self-healing, resilient and scalable infrastructure to achieve high-availability pipelines.

Allocate one CD pipeline for each application

How Qovery can help you scale your CI/CD

Qovery provides a self-service infrastructure platform for fully configured environments that end users can deploy on-demand—while still keeping control and governance. With Qovery, you can easily automate the deployment and teardown of pre-configured application environments directly within your CI/CD pipelines. Qovery helps you turn your existing infrastructure assets into blueprints for complete environments that deploy automatically at the stage when they’re needed—and shut down when complete.

Why You Need Self-Service Infrastructure 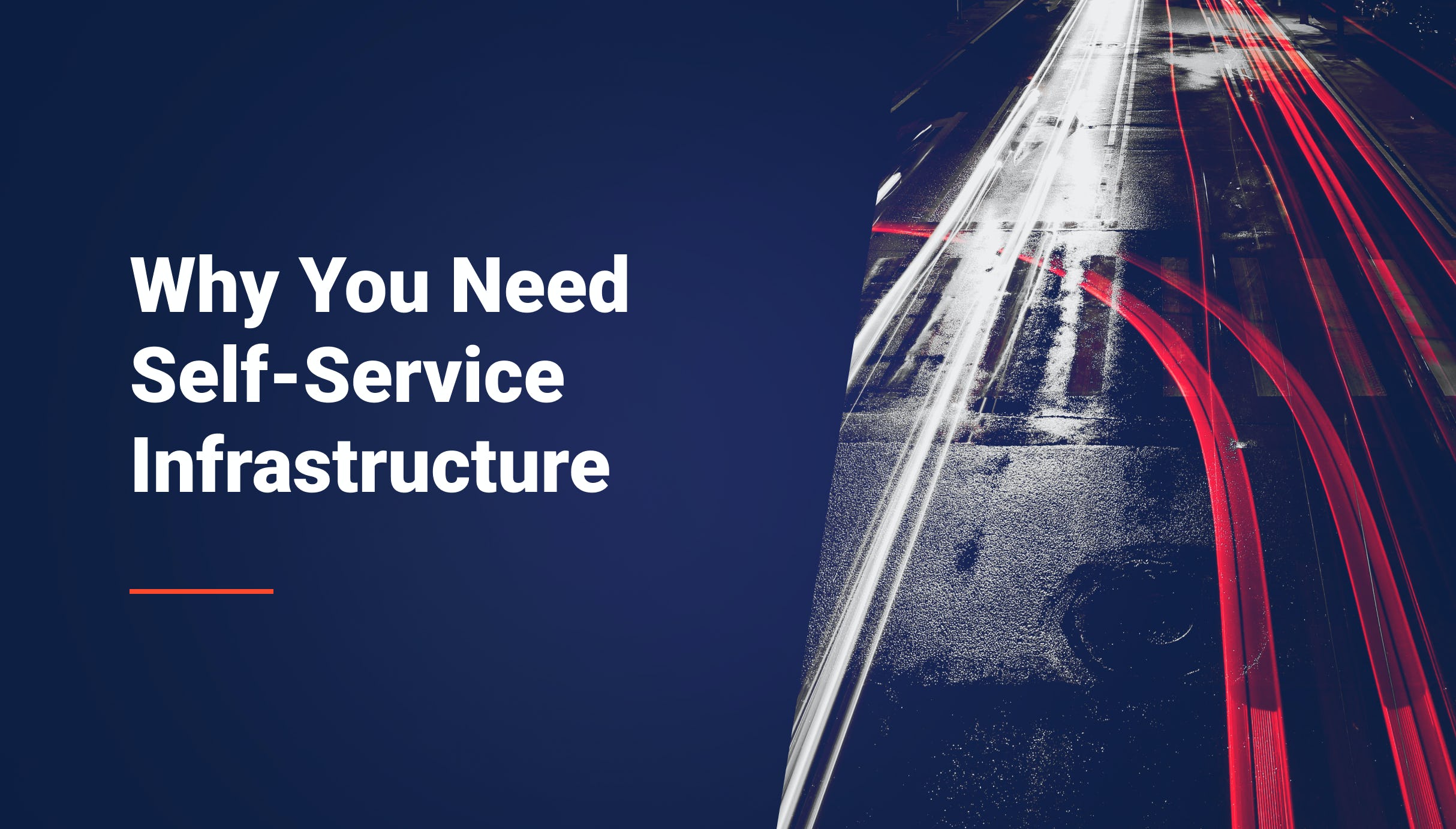 Ephemeral Environments: The Modern Approach for Better and Faster Testing 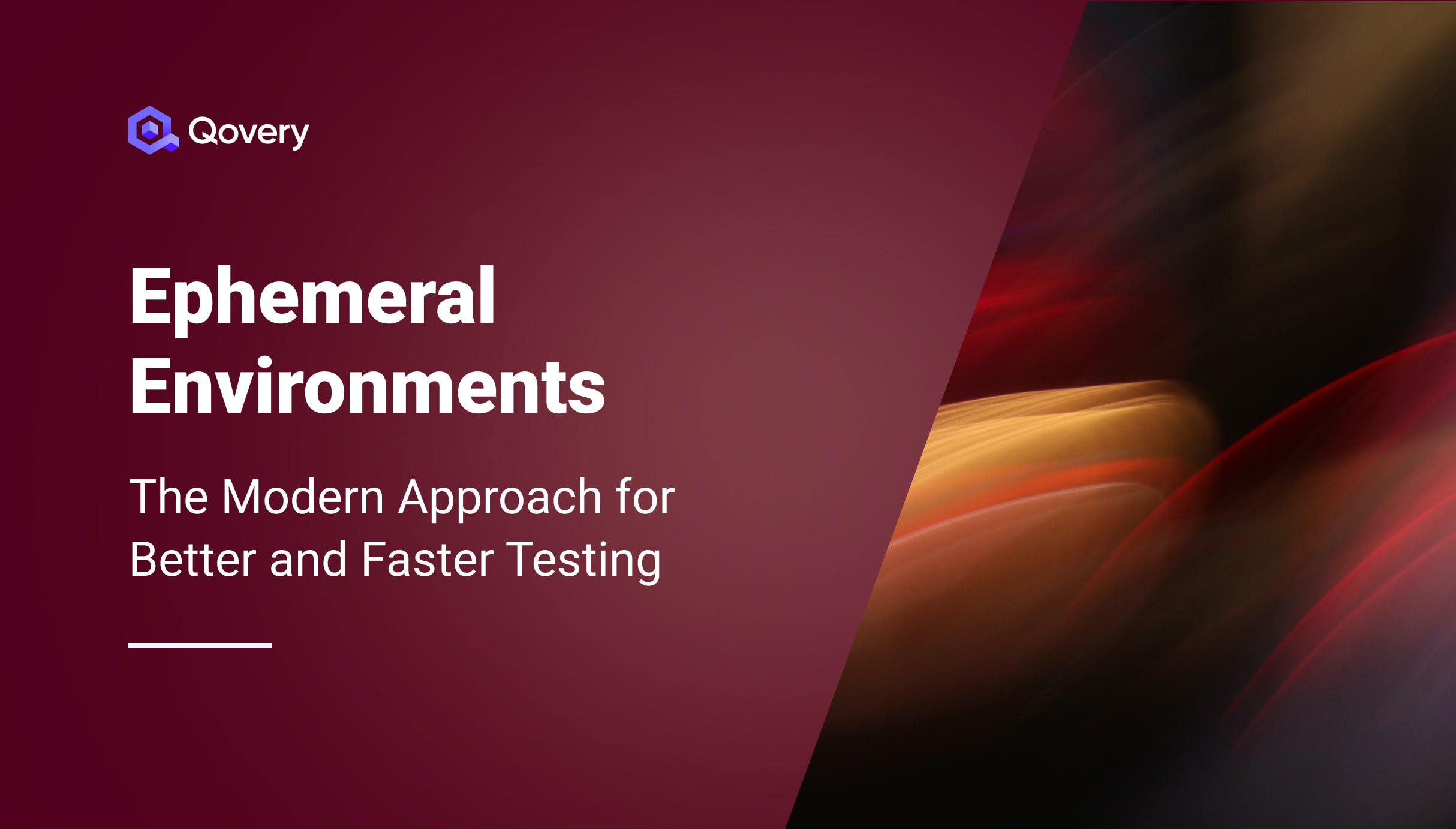 Everything I Wanted To Know About Kubernetes Autoscaling

Kubernetes is today the most well-known container scheduler used by thousands of companies. Being able to quickly and automatically scale your application is something standard nowadays. However, knowing how to do it well is another topic. In this article, we'll cover how pod autoscaling works, how it can be used, when it's exciting and not, and finally, we'll cover it with a Qovery usage we have internally. - Read more 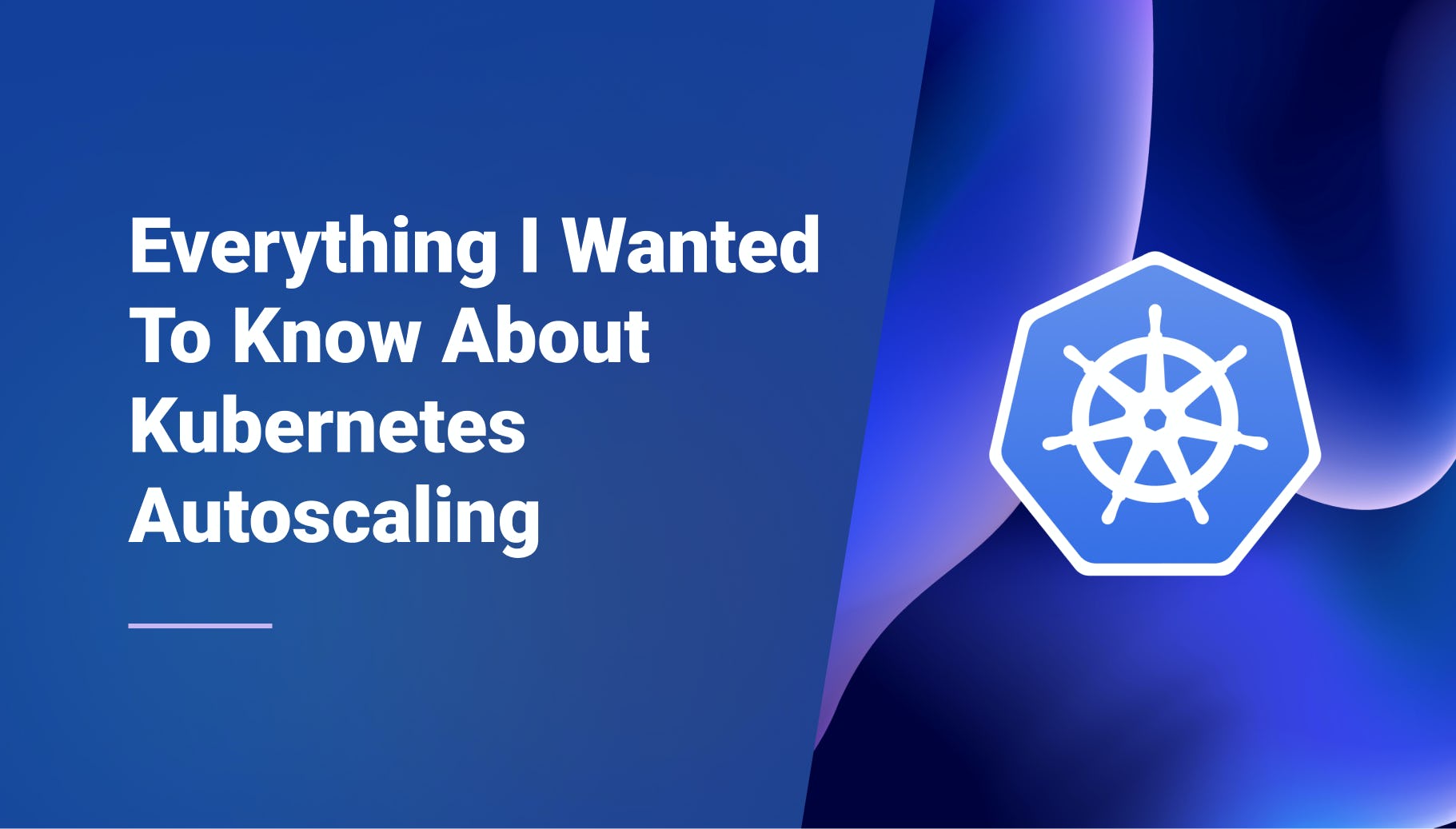