Join us as we take a deep dive into the tech journey of Syment, a leading SAAS platform for property management in France. Led by new CTO Florent Blaison, with a wealth of experience in high-traffic platforms and scalability, Syment set out to overcome the limitations of their previous infrastructure. Discover how they transitioned from a mix of manual deployment and AWS's EC2 to the flexibility and scalability of Kubernetes with Qovery. See the impact of this switch on deployment speed and efficiency, and learn about the cost savings and improvements in user experience that Syment has achieved. This case study is a must-read for anyone looking to streamline their infrastructure and take their business to the next level. 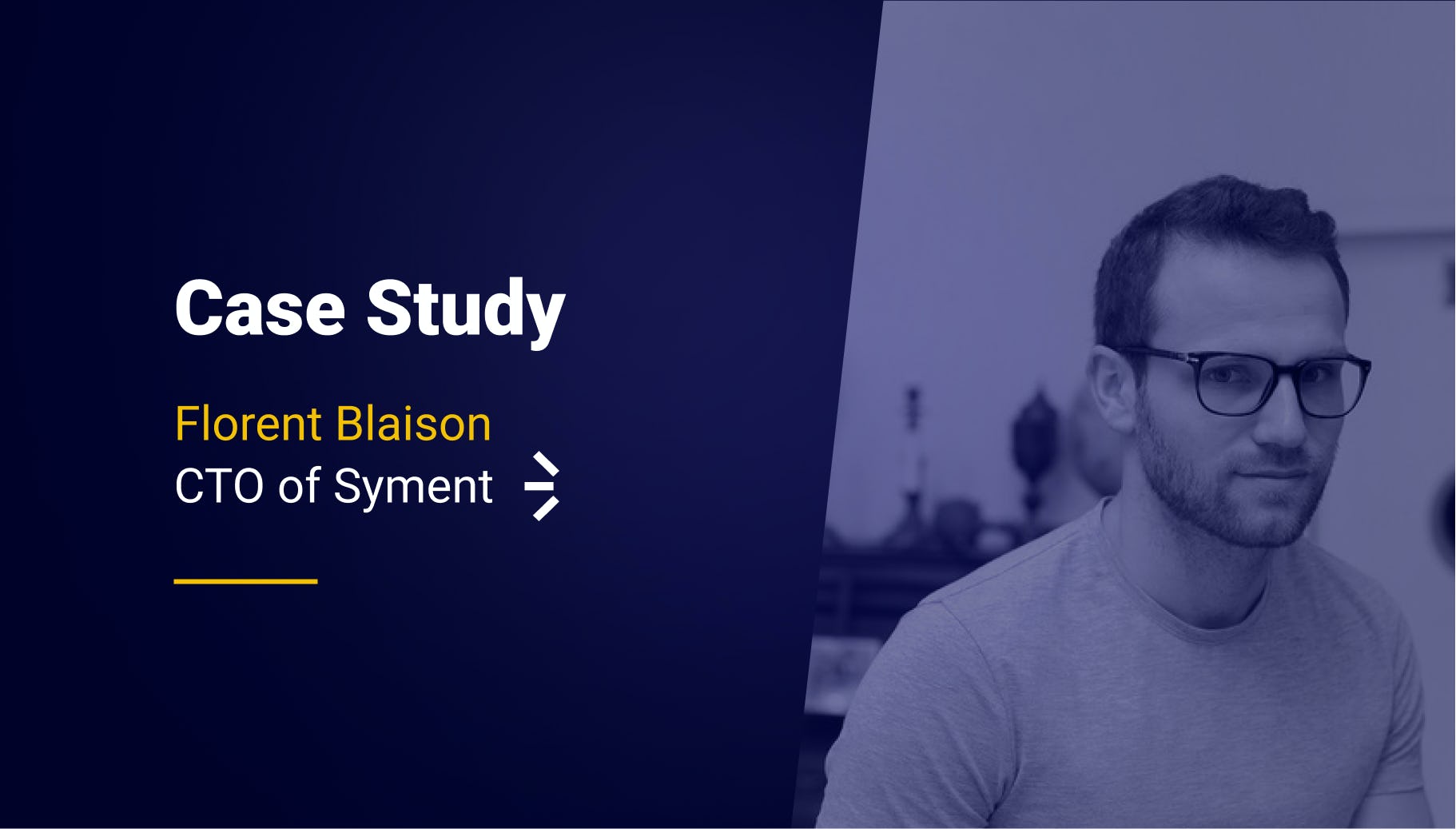 Syment is a leading SAAS platform that specializes in providing advanced solutions for property management, specifically catering to syndicates in France. The company, founded five years ago, has recently undergone a significant overhaul and has been acquired by a new direction. Four months ago, Florent joined as the CTO of the company. With his extensive experience in a wide range of industries, such as the Fintech industry and as an ex-core team member of Happn where he became an expert in scalability and high-traffic platforms, Florent brings a wealth of knowledge and expertise to Syment. The platform offers a comprehensive suite of tools that streamline property management tasks, such as managing residence lots, preparing and sending meeting invitations, conducting online general assembly meetings, and generating and distributing meeting minutes automatically.

Learn How Qovery Helped Syment with Automation and Autoscaling

At Qovery, we believe in the power of automation and autoscaling when streamlining infrastructure operations. That's why when Syment came to us looking for a solution to help them achieve just that, we were more than ready to step up to the challenge. In this article, we'll take you through how Syment found the need for automation and autoscaling and how they ended up choosing Qovery to help them out.

When Florent joined the team, the existing infrastructure in place was a mix of manual deployment and Ansible automation on AWS's EC2 instances, with Docker Compose being used in production. However, this setup presented several challenges, particularly in terms of deployment. The team had to exercise extreme caution to prevent service interruptions, which despite their efforts, still occurred each time a deployment was made. This resulted in deployment windows being limited to early morning or late night to minimize user impact. There was also a lack of visibility into the infrastructure, applications, and servers, making it difficult to maintain and troubleshoot issues.

The dispersion of applications across multiple servers wasn’t optimal, well. Overall, the system was working, but it was not going to be scalable for their growth objectives for 2023, and it was not optimal for cost control.

Florent had a solid understanding of Elastic Container Services (ECS), a container orchestration service provided by Amazon Web Services (AWS). While it was functional, he recognized that it had some limits, particularly in terms of scalability and flexibility. For example, ECS does not natively support some of the more advanced features of Kubernetes, such as automatic self-healing and horizontal scaling.

Qovery: The Perfect Solution for Autoscaling and Automatisation

After ECS was ruled out, Florent was eager to explore alternative solutions such as Kubernetes to overcome these shortcomings, but he knew that setting up Kubernetes would take time.

He was also aiming to implement automation in their deployment pipeline to gain more speed and efficiency.

When he stumbled across Qovery, he decided to give it a go, curious to see how the product had evolved and if it could meet his needs. He soon realized that Qovery offered a user-friendly interface that would allow them to use Kubernetes more efficiently and provide the flexibility to switch between public and private databases depending on the requirements.

After evaluating Qovery once again and receiving approval from the rest of the team, the migration process could begin. The IT team at Syment had seven members, and the task of migrating to Qovery was primarily handled by Florent. The entire migration process took around a month, but the majority of the work was actually preparing their Docker images and performing refactoring on their API before the migration. Once all the necessary preparations were made, it only took less than two weeks to set up the environments via the Qovery web interface and test. Syment now has three environments: Production, Staging, and Development. The team took a week to thoroughly test and ensure that everything was functioning properly and that there was no downtime.

After using Qovery for a few months, the team at Syment has experienced several benefits from the platform's features. One of the significant issues that the team faced before using Qovery was downtime during deployments. With Qovery, the team can now deploy their applications with minimal disruption to their users, thanks to Qovery's ability to handle deployments in a rolling update fashion.

Deployment Time Reduced by Half

Additionally, the team has adopted container deployment, which has significantly improved the deployment speed of their three applications from around 10 minutes to about 5 minutes. This is achieved through Qovery's autoscaling feature that automatically provision or scale the number of machines needed to handle the workload, providing efficient and cost-effective control over the cluster.

Kubernetes Self-Healing From the Settings

The platform's built-in autoscaling feature also played a crucial role in ensuring no downtime. In the past, if one container went down, the team would experience downtime while a new container was started up. Now, with Qovery's autoscaling, when a container goes down, the load balancer detects this and seamlessly switches traffic to the working container, ensuring a smooth experience for the end user and Kubernetes will kill the container that is down and start a new one that is working.

Safer and Faster Releases for a Growing Team

Florent is now planning to have more people on the team use Qovery, including developers, this way; they can test their features in a production-like environment without needing anyone to provide an environment for them, and they will activate the Preview Environments for that.

The icing on the cake, Syment is also saving around $400-500 per month using Qovery and plans to save even more with our partnership with Usage.ai.

Florent is also happy about the public roadmap, which allows him to plan for future features, and the forum, which has been a great source of information and assistance.

Syment has ambitious goals for 2023; they plan to significantly improve their online document editing platform, focusing on enhancing the user experience. In addition, they aim to develop a new solution that allows for easy retrieval of data related to water, gas, and electricity consumption in residential properties - information crucial for property managers. They also want to increase automation, enabling property managers to handle their finances without requiring manual data entry. Finally, Syment plans to revamp its dashboard, adding reminders for tasks such as document uploads ahead of online general assembly meetings. These improvements will increase production efficiency for property managers and improve the experience for buyers and renters. Property managers will have more time to focus on ensuring their satisfaction because they won’t need to do that much paperwork. To achieve these goals, Syment is currently recruiting both backend and frontend developers in France, with the flexibility to work remotely. The tech stack includes React, Redux, Typescript, and React Query for the Frontend and PHP and Symfony for the Backend. If you're interested in joining the team, contact Florent via email.

I recently had the opportunity to speak with Kevin Maschtaler, the Platform and Reliability lead at Tint, about their experience with Qovery. Tint began using Qovery in early 2022 to automate their infrastructure and support their team and customer growth. In this article, we will explore Tint's journey with Qovery, including how we continue to assist them with compliance in the testing and release process and how we help them save on cloud costs through our partnerships. - Read more 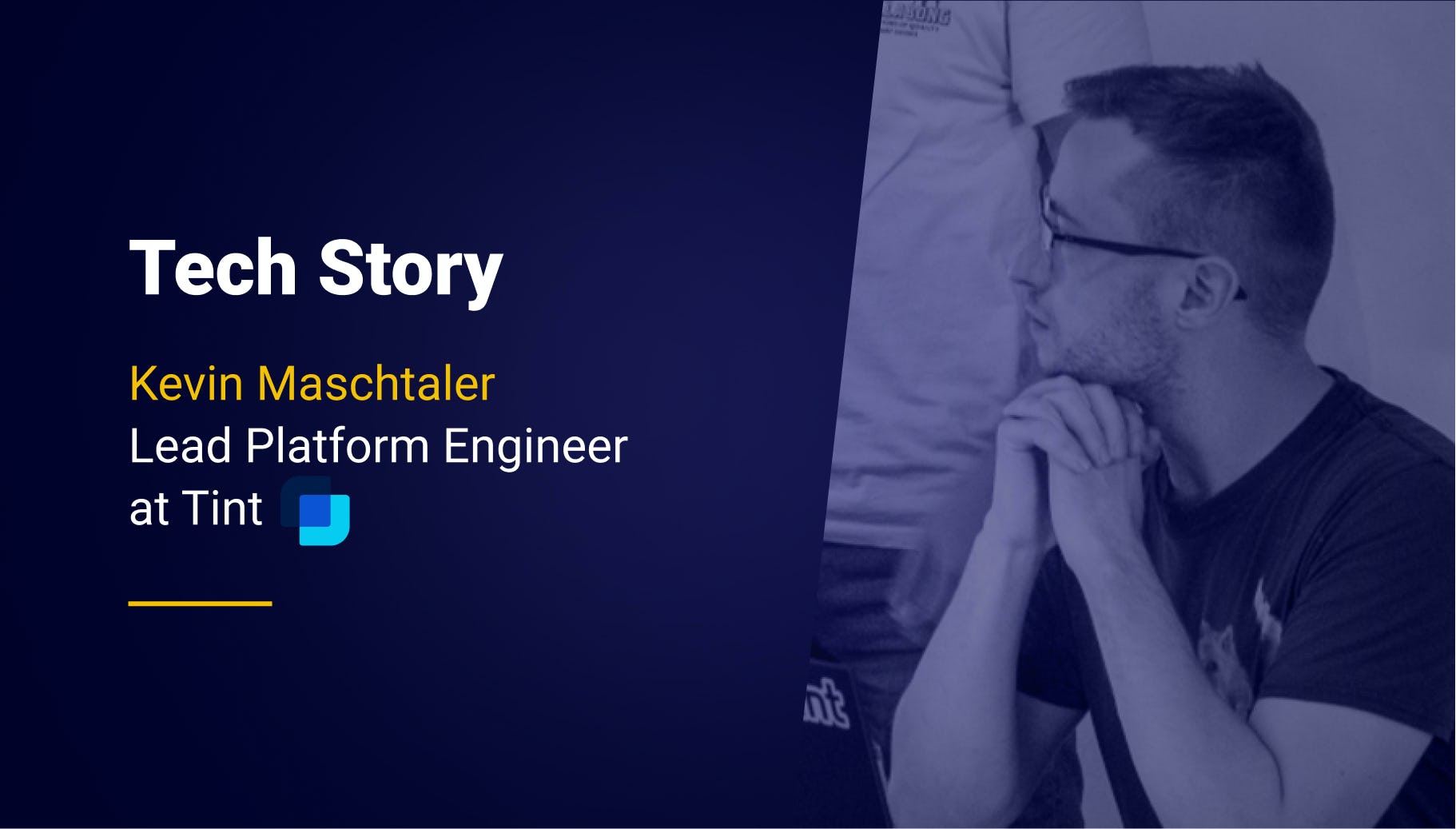 A few days ago, I chatted with Florian Suchan (CTO and Co-Founder at Papershift) about their journey to easy infrastructure autoscaling. As you will see in the article, they tried a wide range of solutions before finding the right fit; if you feel you’re going through the same journey, this article is for you! - Read more 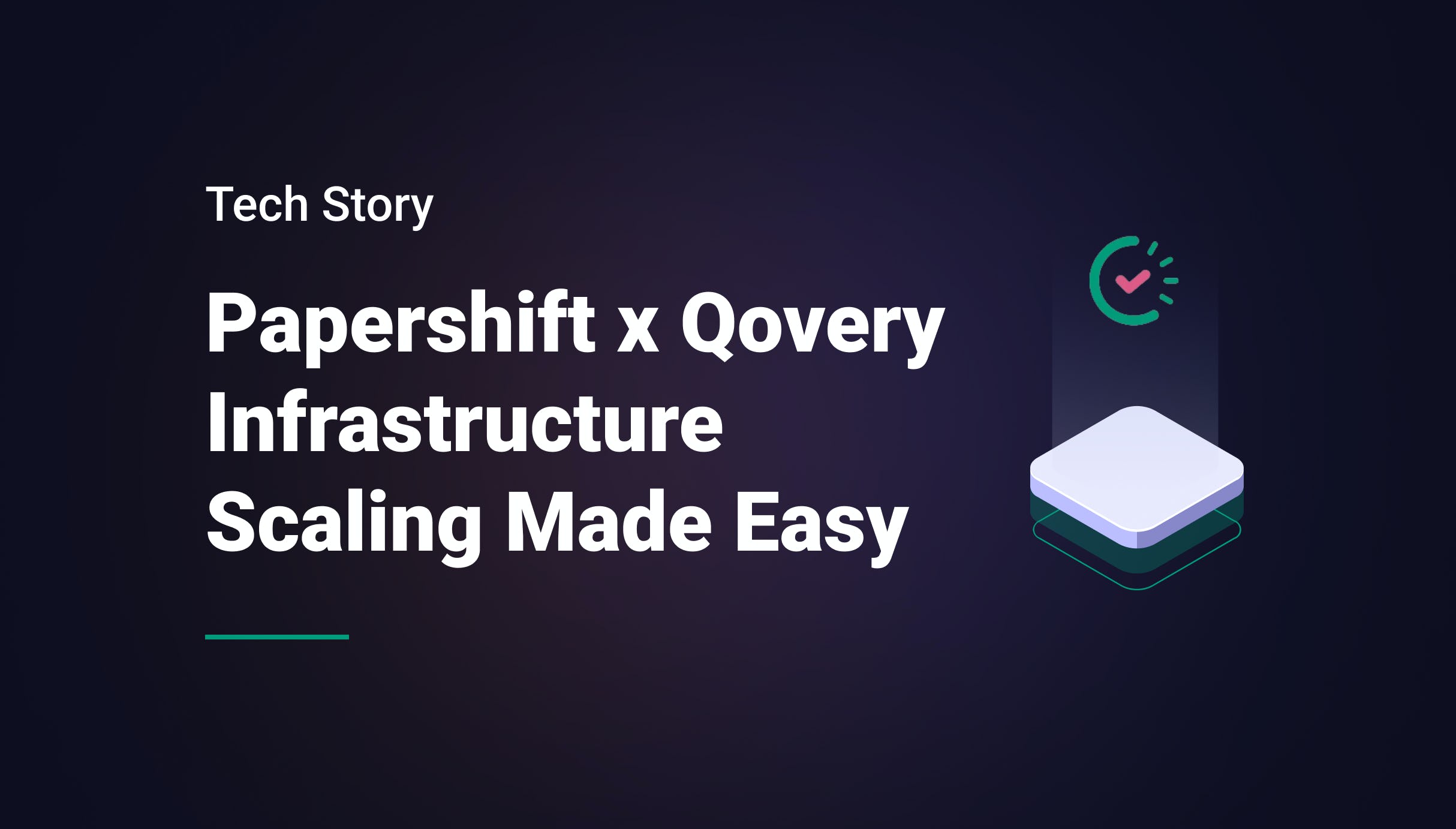 Albane here, Product Marketing Manager at Qovery 👋🏻 Yesterday we joined forced Pierre Olive (CTO and co-founder of Spayr) to talk about how they manage multiple environments on Kubernetes with Qovery and much more; if you missed it or would just rather read than listen, here is the recap. - Read more 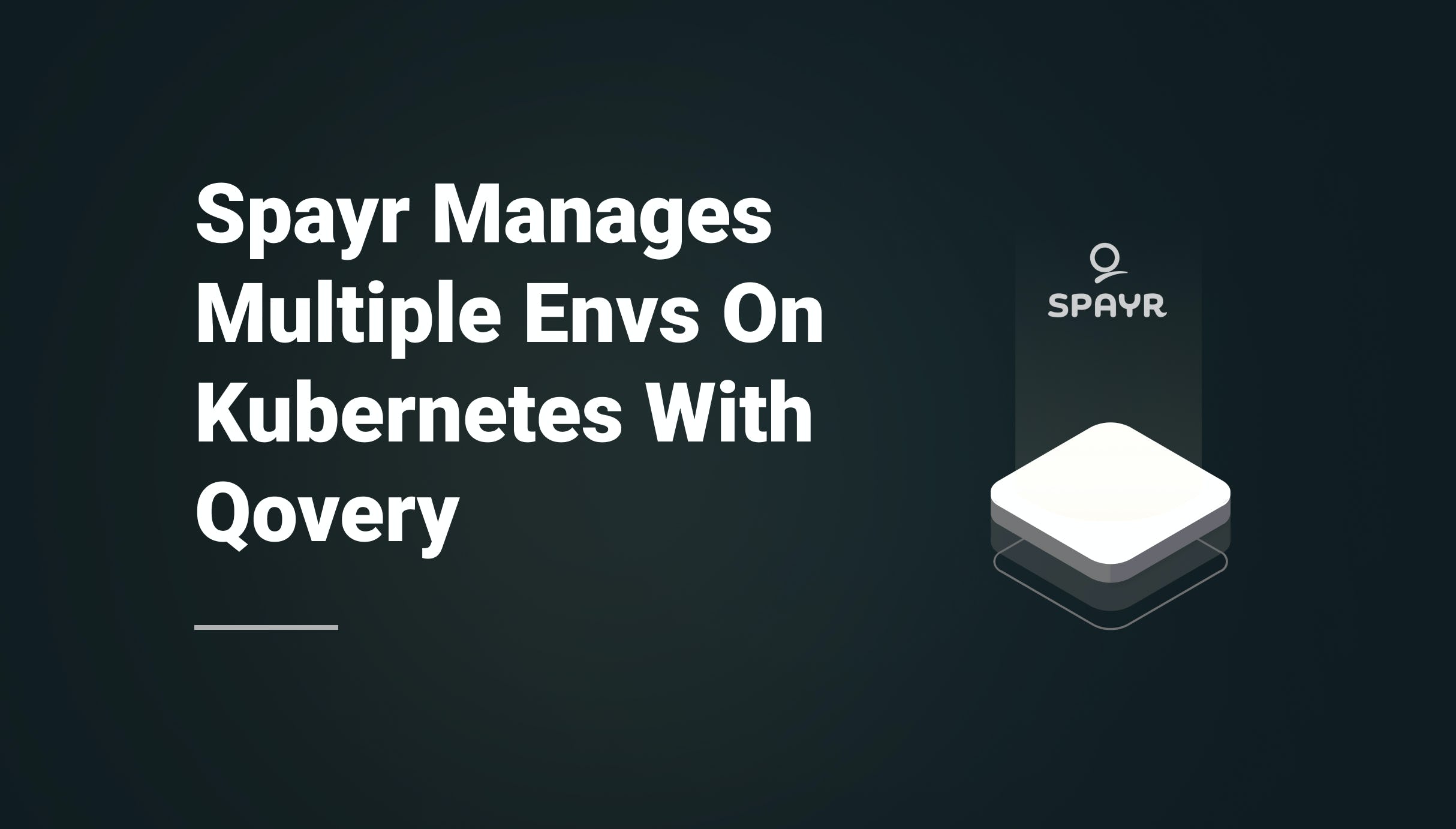